For most of us, the change of the year is an occasion for thinking about what we missed doing last year and where we want to improve. I decided there are a couple of things where I would like to do better in 2016 than in 2015. The first is that I would like to do more blogging and writing in general. I have been pretty silent for most of the last year. This was mostly caused by the fact that I had been heads down to work on DOT, Scala's foundations, and Dotty, the new Scala compiler platform we are working on. It's been a lot of work, but we are finally getting good results. DOT now has a mechanized proof of type soundness and the Dotty compiler can now compile itself as well as large parts of Scala's standard library.

The Dotty compiler has a completely new and quite unusual architecture, which makes it resemble a functional database or a functional reactive program. My talk at the JVM language summit gives an overview. In the coming months I want to write together with my collaborators a series of blog posts that explain details of the code base. The aim of these posts will be to present the new architectural patterns to a larger audience and also to help existing and potential contributors get familiar with the code base.

My second resolution is to take a larger effort to promote simplicity in Scala. I believe the recent blog post by Jim Plush should be a wakeup call for our community. Scala is a very powerful and un-opinionated language. This means we have a large spectrum of choice how to write a Scala application or library. It's very important for all of us to use this power wisely, and to promote simplicity of usage wherever possible. Unfortunately, most of us fall all too easily into the complexity trap, as Alex Payne's tweet sums it up very nicely.

“Complexity is like a bug light for smart people. We can't resist it, even though we know it's bad for us.” https://t.co/V9Izi573CF

I have been as guilty of complication as everybody else. Is CanBuildFrom the most appropriate solution to deal with the constraints of embedding special types such as arrays and strings in a collection library? It achieves its purpose of providing a uniform user-level API on disparate datatypes. But I now think with more effort we might be able come up with a solution that works as well and is simpler. Another example, where I have doubts if not regrets are the /: and :\ operators in scala.collections. They are cute synonyms for folds, and I am still fond of the analogy with falling dominoes they evoke. But in retrospect I think maybe they did give a bad example for others to go overboard with symbolic operators.

So my main agenda for the coming year is to work on making Scala simpler: The language, its foundations, its libraries. I hope you will join me in that venture. 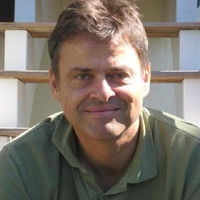 Edit this page on GitHub