Today, we are excited to release Dotty versions 0.6.0 and 0.7.0-RC1. These releases serve as a technology preview that demonstrates new language features and the compiler supporting them.

If you’re not familiar with Dotty, it's a platform to try out new language concepts and compiler technologies for Scala. The focus is mainly on simplification. We remove extraneous syntax (e.g. no XML literals), and try to boil down Scala’s types into a smaller set of more fundamental constructs. The theory behind these constructs is researched in DOT, a calculus for dependent object types. You can learn more about Dotty on our website.

This is our seventh scheduled release according to our 6-week release schedule. The previous technology preview focussed on bug fixes and stability work.

The previously introduced syntax and rules for enum were arguably too complex. We can considerably simplify them by taking away one capability: that cases can have bodies which can define members. Arguably, if we choose an ADT decomposition of a problem, it's good style to write all methods using pattern matching instead of overriding individual cases. So this removes an unnecessary choice. We now treat enums unequivocally as classes. They can have methods and other statements just like other classes can. Cases in enums are seen as a form of constructors. We do not need a distinction between enum class and enum object anymore. Enums can have companion objects just like normal classes can, of course.

Let's consider how Option can be represented as an enum. Previously using an enum class:

For more information about Enumerations and how to use them to model Algebraic Data Types, visit the respective sections in our documentation.

The erased modifier can be used on parameters, val and def to enforce that no reference to those terms is ever used. As they are never used, they can safely be removed during compilation.

One particular use case is to add implicit type constraints that are only relevant at compilation time. For example, let's consider the following implementation of flatten.

The implicit evidence ev is only used to constrain the type parameter X of List such that we can safely cast from X to List[_]. The usage of the erased modifier ensures that the evidence is not used and can be safely removed at compilation time.

For more information, visit the Erased Terms section of our documentation.

Note: Erased terms replace phantom types: they have similar semantics, but with the added advantage that any type can be an erased parameter. See #3410.

We also improved the find references functionality. It is more robust and much faster!

Try it out in Visual Studio Code!

Consider the following implementation of an evaluator for a very simple language containing only integer literals (Lit) and pairs (Pair):

This code is correct but it's not very type-safe since eval returns a value of type Any, we can do better by adding a type parameter to Exp that represents the result type of evaluating the expression:

Something subtle is going on in the definition of eval here: its result type is T which is a type parameter that could be instantiated to anything, and yet in the Lit case we are able to return a value of type Int, and in the Pair case a value of a tuple type. In each case the typechecker has been able to constrain the type of T through unification (e.g. if e matches Lit(x) then Lit is a subtype of Exp[T], so T must be equal to Int). This is usually referred to as GADT support in Scala since it closely mirrors the behavior of Generalized Algebraic Data Types in Haskell and other languages.

GADTs have been a part of Scala for a long time, but in Dotty 0.7.0-RC1 we significantly improved their implementation to catch more issues at compile-time. For example, writing (eval(a), eval(a)) instead of (eval(a), eval(b)) in the example above should be an error, but it was not caught by Scala 2 or previous versions of Dotty, whereas we now get a type mismatch error as expected. More work remains to be done to fix the remaining GADT-related issues, but so far no show-stopper has been found.

Scastie, the online Scala playground, supports Dotty. This is an easy way to try Dotty without installing anything.

This will setup a new sbt project with Dotty as compiler. For more details on using Dotty with sbt, see the example project.

It is very easy to start using the Dotty IDE in any Dotty project by following the IDE sections of the getting-started page.

We also provide a homebrew package that can be installed by running:

If you want to get your hands dirty and contribute to Dotty, now is a good time to get involved! Head to our Getting Started page for new contributors, and have a look at some of the good first issues. They make perfect entry-points into hacking on the compiler. 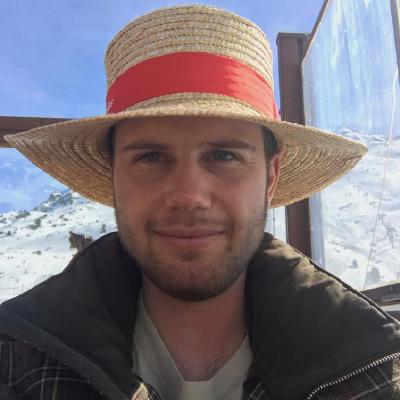