Hello hello! This is the second release for 2019. Spark, top level definitions and redesigned implicits ✨🎊🎉 are the most important inclusions in this release and you will understand why we are super excited, in a bit!

Without further ado, today we release the version 0.13.0-RC1 of the Dotty compiler. This release serves as a technology preview that demonstrates new language features and the compiler supporting them.

Dotty is the project name for technologies that are being considered for inclusion in Scala 3. Scala has pioneered the fusion of object-oriented and functional programming in a typed setting. Scala 3 will be a big step towards realising the full potential of these ideas. Its main objectives are to

This is our 13th scheduled release according to our 6-week release schedule.

Dotty projects have always been able to depend on Scala 2 libraries, and this usually works fine (as long as the Dotty code does not call a Scala 2 macro directly). However, Spark was known to not work correctly as it heavily relies on Java serialization which we were not fully supporting.

Meanwhile, at EPFL, we've started updating our Scala courses to use Dotty instead of Scala 2, the Functional Programming course given last semester went smoothly, but the Parallelism and Concurrency course given in the Spring semester teaches Spark, which means we needed to support it in Dotty!

Luckily, this turned out to be mostly straightforward: we adopted the object serialization scheme and lambda serialization scheme pioneered by Scala 2, and that was enough to make our Spark assignments run correctly! This doesn't mean that our support is perfect however, so don't hesitate to open an issue if something is amiss.

You can read about dropping package objects at the documentation linked or at the relevant PR #5754.

Scala's implicits are its most distinguished feature. They are the fundamental way to abstract over context. They represent a single concept with an extremely varied number of use cases, among them: implementing type classes, establishing context, dependency injection, expressing capabilities, computing new types and proving relationships between them.

However, with great power comes great responsibility. The current design of implicits has shown some limitations, which we have been trying to identify and address to make Scala a clearer and more pleasant language. First of all, we found that the syntactic similarity was too great between implicit conversions and implicit values that depend on other implicit values. Both of them appear in the snippet below:

The implicit keyword is used for both implicit conversions and conditional implicit values and we identified that their semantic differences must be communicated more clearly syntactically. Furthermore, the implicit keyword is ascribed too many overloaded meanings in the language (implicit vals, defs, objects, parameters). For instance, a newcomer can easily confuse the two examples above, although they demonstrate completely different things, a type class instance is an implicit object or val if unconditional and an implicit def with implicit parameters if conditional; arguably all of them are surprisingly similar (syntactically). Another consideration is that the implicit keyword annotates a whole parameter section instead of a single parameter, and passing an argument to an implicit parameter looks like a regular application. This is problematic because it can create confusion regarding what parameter gets passed in a call. Last but not least, sometimes implicit parameters are merely propagated in nested function calls and not used at all, so giving names to implicit parameters is often redundant and only adds noise to a function signature.

A given clause can also designate an inferable parameter for functions:

With this scheme all invocations of the max function below are equally valid:

We introduce Anonymous Implied Instances which are used when we do not need a name for an implied instance:

For convenience, we also introduce Implied Alias Instances. They offer aliases for implied instances. For example, the line below offers an alias with the name ctx (could also be anonymous if name can be omitted). Each time an implied instance of ExecutionContext is demanded the right-hand side is returned.

We have also added a synonym to implicitly, which is often more natural to spell out in user code. Functions like the that have only inferable parameters are also called context queries from now on. Consequently, to summon an implied instance of Ord[List[Int]] we write:

You can read more about implied imports from the docs or the relevant PR #5868.

As we mentioned above, context queries are functions with (only) inferable parameters. Here is an example of such a function:

Context queries--previously named implicit function types (IFTs)--are now also expressed with given, providing types for first-class context queries. This is merely an alignment of IFTs into the new scheme.

You can read more about the alternative to implicits through the Contextual Abstractions section of our documentation or for a deep dive from the relevant PR chain that originated from #5458. The syntax changes for new implicits are summarized in #5825.

This release offers the support for type class derivation as a language feature. Type class derivation is a way to generate instances of certain type classes automatically or with minimal code hints, and is now supported natively with dedicated language support. A type class in this sense is any trait or class with a type parameter that describes the type being operated on. Commonly used examples are Ordering, Show, or Pickling. We introduce a new derives clause that generates implied instances of the Eql, Ordering, and Pickling traits in the companion object Tree. Take a look at the example below:

where the generated implied instances are the ones below:

With type class derivation we can also derive types. A trait or class can appear in a derives clause if its companion object defines a method named derived. The type and implementation of a derived method are arbitrary, but typically it has a definition like this:

Multiversal equality is now supported through the Eql marker trait (renamed from Eq to differentiate it from Cats' Eq). For example, in order to be able to compare integers with strings now, instead of a custom implicit we can provide a derived implicit instance:

You can read more about how we based multiversal equality on type class derivation through the relevant PR #5843.

Implicit conversions are now defined by implied instances of the scala.Conversion class. For example:

Note: that these release notes contain only a brief summary of the new features, for more details please read our documentation page under the new section named Contextual Abstractions. Equally important with the documentation of each feature, please consult the Relationship with Scala 2 Implicits section as well.

You can set up a new sbt project with Dotty as the compiler by running:

For more details on using Dotty with sbt, see the example project.

Start using the Dotty IDE in any Dotty project by following the IDE sections of the getting-started page.

For macOS users, we also provide a homebrew package that can be installed by running:

If you want to get your hands dirty and contribute to Dotty, now is a good time to get involved! Head to our Getting Started page for new contributors, and have a look at some of the good first issues. They make perfect entry points into hacking on the compiler. 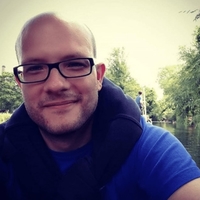